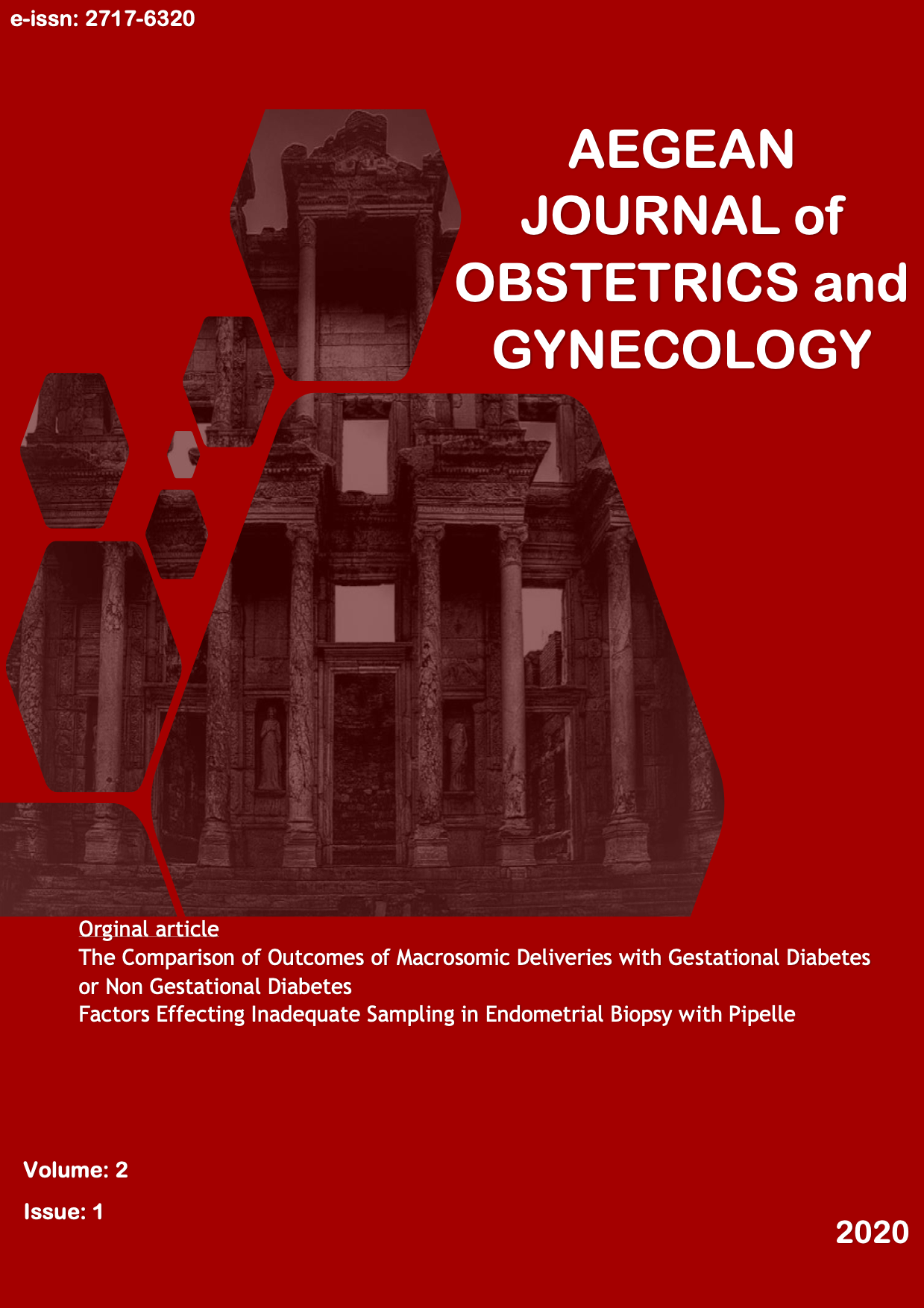 Objective: The aim of this study was to investigate the success of ultrasound in the diagnosis of adnexal torsion before surgery and to define its histological diagnosis and results in different age periods.

Material and Methods: This study was carried out with a retrospective examination of 130 patients clinically suspected as adnexal torsion between January 2008 and May 2012. The success of sonography in the diagnosis of adnexal torsion was investigated by diagnostic tests. 70 cases confirmed by surgery were divided into 3 groups. Children and adolescents under 18 years of age were classified as Group 1, reproductive women Group 2 and postmenopausal women Group 3. In these 3 groups, mass size, type, histological diagnosis and outcome of adnexal torsion were defined.

Results: The sensitivity, specificity, and accuracy of ultrasound were 84.3%, 78.3%, and 81.5%, respectively. There were significant differences in the presence of ultrasonic hallmarks among the true positive, false positive, and false negative cases of adnexal torsion. Adnexal torsion was identified in 70 cases. The majority of cases were found to occur in the reproductive period (47 of 70). Teratoma was the most common histological diagnosis in children and adolescents, while normal ovary was in the reproductive period. In the postmenopausal period, the most common histological diagnosis was cystadenoma, but the malignant ovarian tumor was observed in 2 of 10 cases.

Conclusion: We conclude that ultrasonography performed by a specialized obstetrics and gynaecology ultrasound unit plays an important role in the preoperative diagnosis of adnexal torsion. Most adnexal torsions occurred in women of reproductive age, and the right side was dominant. The spectrum of histological diagnosis varied at different ages.

Department of Obstetrics and Gynecology

Department of Obstetrics and Gynecology, Perinatology

Most read articles by the same author(s)